The Marvellous Funambulist of Middle Harbour and Other Sydney Firsts
Hilary Bell, illustrated by Matthew Martin 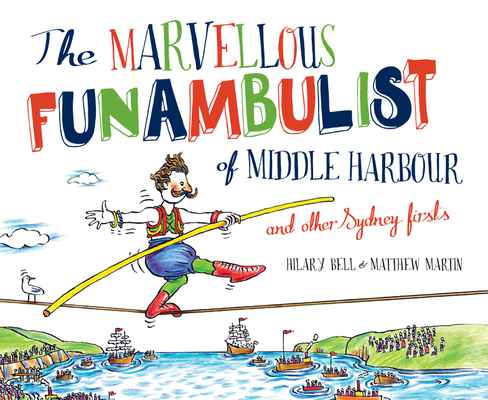 This is a story of Sydney
In order of who did what first:
The incidents, places and people,
All illustrated and versed.

Who first pulled a tooth using ether?
What started the first pistol fight?
When were the first Chinese tea rooms?
Where was the first traffic light?

Through a series of (unexpected) 'firsts', Hilary Bell and Matthew Martin trace the events, people and places that have shaped their city, however unintentionally. Where else will you find Sydney's first traffic light sharing pages with its first tightrope walk across Middle Harbour? (And just so you know, it was performed by the marvellous funambulist Henri L'Estrange in 1877.)