The Making of Warriors: The story of the 2/1st Australian Infantry Battalion 1939-1942: Revealed through first hand accounts
Graham J. Smith 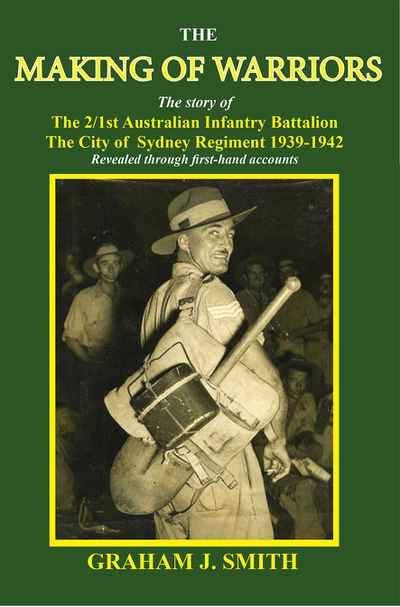 The relentless pursuit of the Japanese during the Kokoda Track campaign is described in gut-wrenching detail in The Making of Warriors, through first-hand veteran accounts. The bloody and ferocious action at the Battle of Eora Creek followed by the routing of the Japanese at the battle of Gorari where they threw down their weapons and fled, sealed the reputation of the Australians. They were both respected and feared.

The actions of the battalion at Soputa, where Captain Catterns led 90 men in a direct assault against an estimated 1700 Japanese are the stuff of legend. The war torn and weary remnants of the battalion returned to Australia with every surviving member suffering from debilitating cases of malaria.