Lying for the Admiralty
Margaret Cameron-Ash, foreword by John Howard 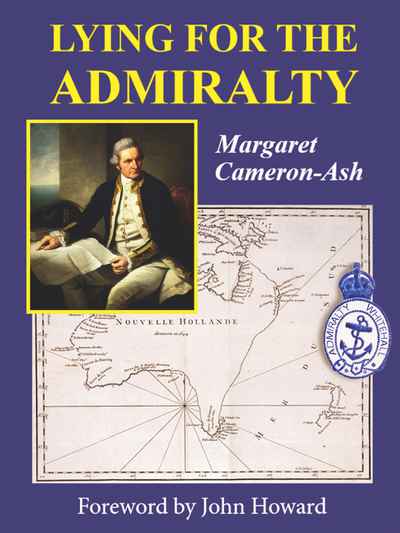 Never have Cook's journals and charts been subjected to such unbiased, forensic examination. The doubts, puzzles and queries raised by J.C. Beaglehole, Cook's renowned editor and biographer, are answered. Cook's discoveries had to remain secret until Britain could afford to send an occupation force to fortify the place and keep out the French hence the publication of Cook's censored journal and charts.

From the Foreword by John Howard: "The author mounts a strong circumstantial case that Cook both discovered Bass Strait and actually gazed upon Sydney Harbour. Her proposition is that Cook and some of his party walked overland from Botany Bay to the Harbour...Her case is based on documentary and circumstantial evidence gleaned after meticulous research. She argues that deliberate obfuscation and distortion were tools of trade for the British Admiralty, then effectively run by its long serving and very able Secretary Philip Stephens. Such was the colonial rivalry of the time that paranoia about Admiralty leaks were an incentive for deliberate inaccuracies to be included in formal reports of voyages and exploration."