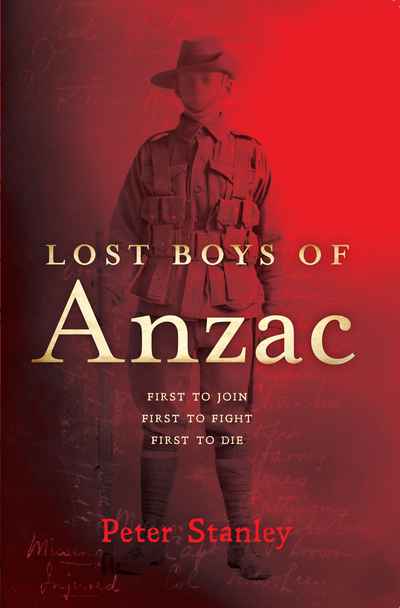 Australians remember the dead of 25 April 1915 on Anzac Day every year. But do we know the name of a single soldier who died that day? What do we really know about the men supposedly most cherished in the national memory of war?

Peter Stanley goes looking for the Lost Boys of Anzac: the men of the very first wave to land at dawn on 25 April 1915 and who died on that day. There were exactly 101 of them. They were the first to volunteer, the first to go into action, and the first of the 60,000 Australians killed in that conflict.

Lost Boys of Anzac traces who these men were, where they came from and why they came to volunteer for the AIF in 1914. It follows what happened to them in uniform and, using sources overlooked for nearly a century, uncovers where and how they died, on the ridges and gullies of Gallipoli – where most of them remain to this day. And we see how the Lost Boys were remembered by those who knew and loved them, and how they have since faded from memory.