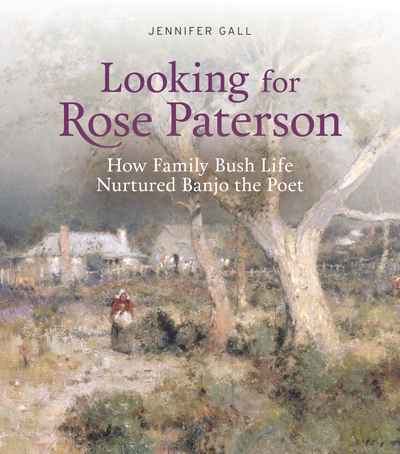 Rose was the mother of famous Australian poet Banjo Paterson (known as Barty as a boy) and, yet, very little has been written about her. As wife of pastoral station manager Andrew Bogle Paterson, Rose's married life was lived under straitened financial circumstances, something that a woman of her class would not have expected. At Illalong station, near Yass, in New South Wales, Rose was isolated—geographically and socially. Andrew was frequently away, leaving Rose to manage on her own in their dilapidated slab house, often with no domestic help and often in harsh weather conditions. Her existence was punctuated by multiple pregnancies and childbirth, organising her seven children and their education and labouring over the never-ending chores. Looking for Rose Paterson places Rose within the broader context of Australian life in the 1870s and the 1880s, enabling us to develop an appreciation of her struggles and joys all the more.

Rose was a prolific letter writer and through the letters that have survived—a series to her sister Nora between 1873 and 1888—life in nineteenth-century rural Australia comes alive. We get to know Rose and come to understand the environment that shaped her son, Banjo, and influenced his development as a balladeer.