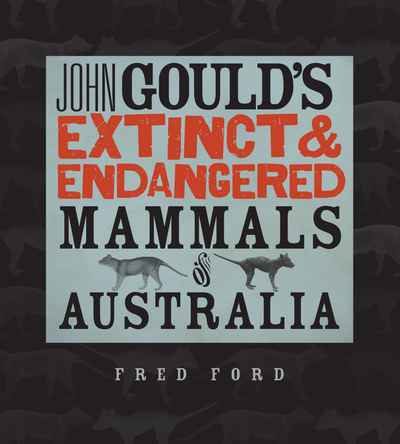 How poignant it is to look at some of Gould's beautiful images of our animals and know that some are no longer with us, and some are fighting for their lives?

Accompanying the pictures are accounts of the animals as they lived in the relatively untouched Australia that John Gould knew, and evidence of the attitudes of European settlers towards the native fauna.