What Did You Do in the Cold War Daddy?: Personal Stories from a Troubled Time
Edited by Ann Curthoys, Joy Damousi 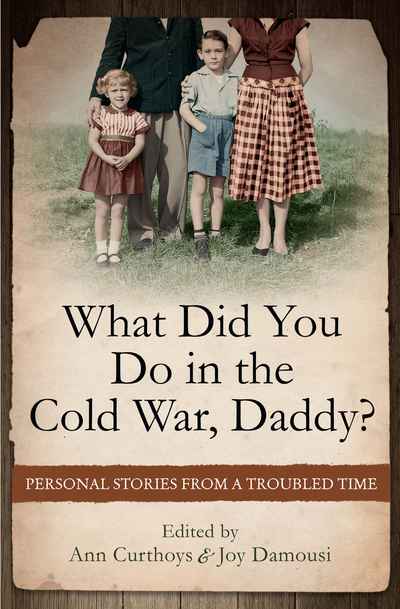 The Cold War was a turbulent time to grow up in. Family ties were tested, friendships were torn apart and new beliefs forged out of the ruins of old loyalties. In this book, through twelve evocative stories of childhood and early adulthood in Australia during the Cold War years, writers from vastly different backgrounds explore how global political events affected the intimate space of home, family life and friendships.

Some writers were barely in their teens when they felt the first touches of their parents' political lives, both on the Left and the Right. Others grew up in households well attuned to activism across the spectrum, including anti-communism, workers' rights, anti-Vietnam War, anti-apartheid and women's rights. Sifting through the key political and social developments in Australia from the end of World War II to the early 1990s, including the referendum to ban the Communist Party of Australia, the rise of 'the Movement' and the Labor split, and post-war migration, this book is a powerful and poignant telling of the ways in which the political is personal.