In Cars: On Diana
Leanne Shapton 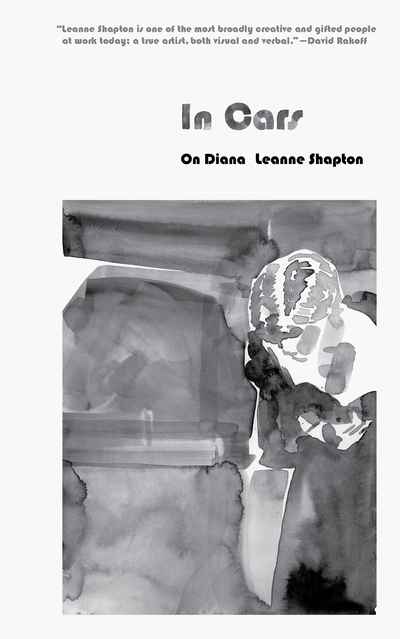 A visual essay, a poem, a study of Princess Diana, image, celebrity and identity.

Artist and writer Leanne Shapton has painted Princess Diana from the hundreds of photographs of her getting out of cars, examining her iconography and meaning in gesture and form.

In Cars: On Diana is about photography, celebrity, identity, facsimile, and where to hold the beheld. It is also an obsessive and loving collection of studies, abstracted and haunting.

'Leanne Shapton is one of the most broadly creative and gifted people at work today; a true artist, both visual and verbal.' — David Rakoff

'A strange and evocative poem, nesting in a sequence of paintings, both the art and the words examining Diana having her photograph taken getting out of cars — each path taking us inevitably to the final car ride. Like a gentler, kinder, J. G. Ballard, Leanne takes us on a journey into cars and iconography and the spirit of ecstasy.' — Neil Gaiman

'Shapton is a wonder. By restricting herself to the narrowest of subject matters she has made something utterly new. Her essay-poem on Diana and cars is as elegant and resonant as her pictures. A fascinating, remarkable, beautiful book.' — Nick Laird

'Through murk and blur, Shapton sucks the color from the too-familiar shapes and surfaces photographic images yield. She amplifies the overexposed surfaces we use to claim ownership of self and others; embedding us in photography’s vanishing games.' — Taryn Simon

'In Cars is both a silent movie/flipbook and an essay/poem. Its major theme is Diana, but it identifies something specific and uncanny and universal: the pathos of glamour the lack of sovereignty that’s encoded in our paparazzi images of celebrity women.' — Adam Thirlwell