How to Win an Election
Chris Wallace 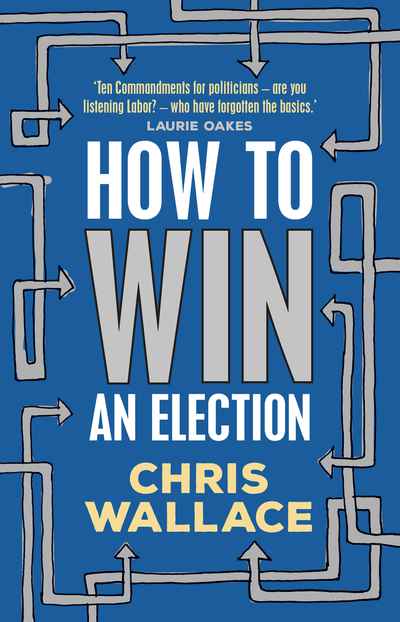 The 2019 Australian election produced a surprise result showing, not for the first time, that every election is there for the winning – including the next one. Labor's surprise loss in 2019, like the Liberal and National parties' defeat in the so-called 'unloseable' 1993 election, showed how careful attention to basic political craft can yield big dividends – and how inattention to it can turn apparently certain favourites into losers. With the vast challenges of climate change and social and economic equity in the post-pandemic world ahead of us, Australia cannot afford any more costly election accidents.

How To Win An Election spells out the ten things a political leader and their party must excel at to maximise the chance of success, and against which they should be accountable between and during elections.

Better performance in even a few of the areas canvassed in this book can change an election outcome, so full attention should be paid to each of them, all the time, every time, without fail, Wallace argues – in real time when it counts. How To Win An Election is a crucial insurance policy against overconfident leaders imposing learner errors on their supporters over and over again, and for getting the best results from Australia's democratic system.

'Ten Commandments for politicians – are you listening Labor? – who have forgotten the basics.' — Laurie Oakes

'How to win an election? You could start by listening to Chris Wallace. She doesn't have all the answers but ten off the top is a great start.' — Barrie Cassidy

'Elections in Australia are often decided by remarkably tight margins – a few thousand votes shift in some key seats and you get a different outcome. The campaigns parties run are complex and yet need to coalesce around strong, simple core messages. From the inside they are high-wire acts, often winner-take-all-bets. Chris Wallace brings original thinking and clarity to understanding the dynamics of elections and offers practical suggestions on how to win – including some that could probably only have come from an astute outsider. ' — Geoff Walsh, ALP National Secretary (2000–2003), former adviser to Prime Ministers Bob Hawke and Paul Keating and Premiers Steve Bracks and John Brumby, veteran of nine Australian election campaigns

'A witty yet Machiavellian explainer of how to win at contemporary politics.' — Books + Publishing