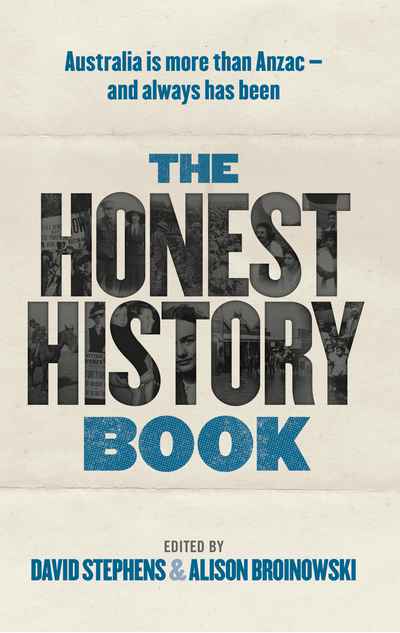 In Australia's rush to commemorate all things Anzac, have we lost our ability to look beyond war as the central pillar of Australia's history and identity?

The passionate historians of the Honest History group argue that while war has been important to Australia – mostly for its impact on our citizens and our ideas of nationhood – we must question the stories we tell ourselves about our history. We must separate myth from reality – and to do that we need to reassess the historical evidence surrounding military myths.

In this lively collection, renowned writers including Paul Daley, Mark McKenna, Peter Stanley, Carolyn Holbrook, Mark Dapin, Carmen Lawrence, Stuart Macintyre, Frank Bongiorno and Larissa Behrendt explore not only the militarisation of our history but the alternative narratives swamped under the khaki-wash – Indigenous history, frontier conflict, multiculturalism, the myth of egalitarianism, economics and the environment.

'The Honest History group announced its arrival in 2013 with a clear, urgent purpose: to challenge the dominance of the Anzac legend in Australian popular memory. The group also took as its mission to remind Australians of the diversity of our history. The Honest History Book distils this approach in a series of compelling, highly readable essays by some of Australia's most distinguished historians.' – Michelle Arrow

'An important book, both timely and compelling: timely because it provides a powerful and much-needed riposte to the current practice of elevating military history above all other aspects of the nation's past.' – Henry Reynolds

'This book not only offers a vital corrective to the flimflams and taradiddles of Anzackery, but also gives us a new collection of fascinating essays on Australian history. Complex, inclusive, balanced, disruptive and – crucially – evidence-based, The Honest History Book is destined to provide a much-needed talking point for teachers, journalists, general readers and, with any luck, politicians and policy makers.' – Clare Wright