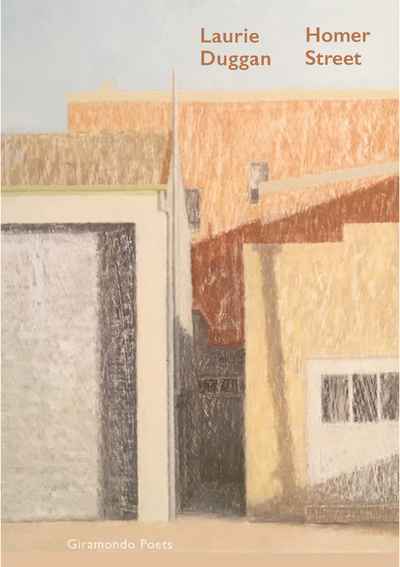 Laurie Duggan's new collection begins with poems written during his last year in Britain, in Faversham, a market town in east Kent, with others written on a visit to Australia in 2016 and after his return in October 2018. They contribute to two on-going sequences, Allotments, and Blue Hills, which alludes to the long-running domestic radio serial of the same name.

These are made up of the brief haiku-like poems that Duggan has made his own: impressions, mysterious conjunctions, oddities and contradictions, the small details that express large forces, as in his observations of the landscape, the weather, domestic and suburban settings. In the final section, Afterimages, Duggan offers descriptions of paintings and comments on artists, and sometimes imaginary constructions of what a particular artist might have done, but the real point is to create poems which stand like art works in their own right.