A History of the Modern Australian University
Hannah Forsyth 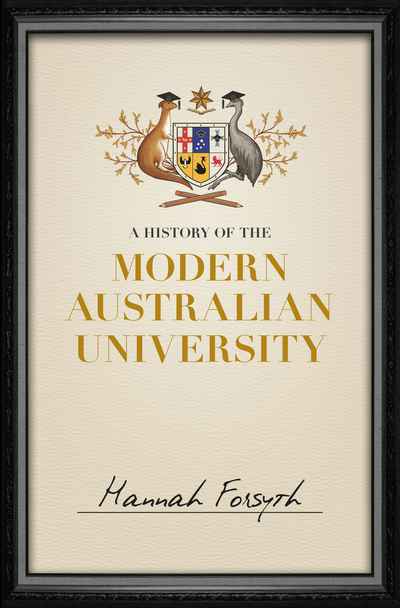 In 1857 all of the Arts students at the University of Sydney could fit into a single photograph. Now there are more than one million university students in Australia. After World War II, Australian universities became less elite but more important, growing from six small institutions educating less than 0.2 per cent of the population to a system enrolling over a quarter of high school graduates. And yet, universities today are plagued with ingrained problems. More than 50 per cent of the cost of universities goes to just running them. They now have an explicit commercial focus. They compete bitterly for students and funding, an issue sharply underlined by the latest federal budget. Scholars rarely feel their vice-chancellors represent them and within their own ranks, academics squabble for scraps. Knowing Australia is a perceptive, clear-eyed account of Australian universities, recounting their history from the 1850s to the present. Investigating the changing nature of higher education, it asks whether this success is likely to continue in the 21st century, as the university's hold over knowledge grows ever more tenuous.