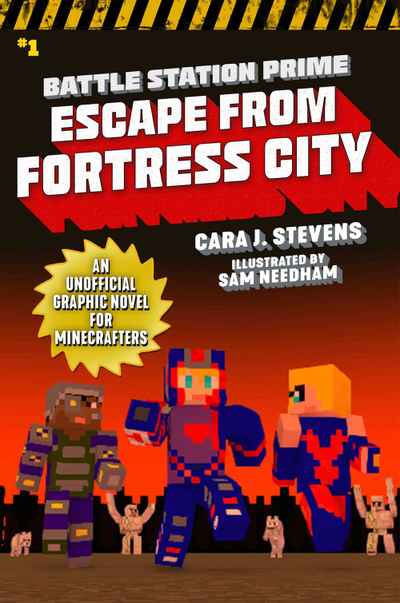 In this new dark, edgy series, Battle Station Prime, we encounter spies, rebels, conspiracy theories, hacks, and danger unlike anything we've covered before. In a world where everyone is judged on their wealth and how many orbs they have, Pell, Logan, and Maddy can't keep up, no matter how hard they try. When Pell's Uncle Colin suggests they take themselves off the grid and leave Fortress City to join him in the Wild West, they leap at the chance. At Colin's direction, they erase all traces of their existence in Fortress City's databases and leave under cover of darkness. Almost immediately, they rethink their decision, as they battle hostile monsters and the elements just to stay alive and reach their destination. When they finally get to Uncle Colin's homestead, they are devastated to find it is run-down and barely livable. Shortly after they arrive, Uncle Colin unceremoniously bids them farewell and takes off on a secret mission. The kids, disillusioned, go back to Fortress City, only to be turned away because they are no longer in the system. The kids are forced to return to the homestead and use only their knowledge and resources to fortify it against the elements and hostile invaders. As they struggle to stay alive, they begin to wonder: what is Uncle Colin really up to, and will he ever come back?