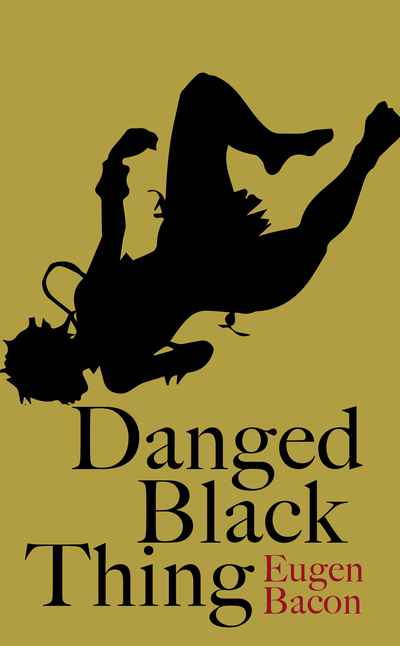 Danged Black Thing is an extraordinary collection of stories about love and migration, gender and class, patriarchy and womanhood, from a remarkable and original voice. Traversing the West and Africa, they celebrate the author’s own hybridity with breathtaking sensuousness and lyricism.

Simbiyu wins a scholarship to study in Australia, but cannot leave behind a world of walking barefoot, orange sun and his longing for a ‘once pillow-soft mother’. In his past, a darkness rose from the river, and something nameless and mystical continues to envelop his life. In ‘A Taste of Unguja’ sweet taarab music, full of want, seeps into a mother’s life on the streets of Melbourne as she evokes the powers of her ancestors to seek vengeance on her cursed ex. In the cyberfunk of ‘Unlimited Data’ Natukunda, a village woman, gives her all for her family in Old Kampala. Other stories explore with power what happens when the water runs dry – and who pays, capture the devastating effects on women and children of societies in which men hold all the power, and themes of being, belonging, otherness.

Speculative, realistic and even mythological, but always imbued with truth, empathy and Blackness, Danged Black Thing is a literary knockout.

‘Eugen Bacon gives us a cornucopia of dark fruitfulness. Her writing is equal parts fecund earth and fine-cut jewels; her stories juxtapose the scarred and abused with the powerfully magical, the numinous and the deceptively mundane. They travel the known world, remaking all its parts as they go, and they pull new worlds, fully formed, from Bacon’s unfettered imagination.’ — Margo Lanagan

'Lyrical, rich, oftentimes dark and sometimes hopeful, Danged Black Thing is a speculative fiction collection that takes the reader on a journey from Africa to Australia. The cities and villages the stories are set in are sometimes familiar, while others are plucked fully formed from author Eugen Bacon’s imagination, providing a vast backdrop to her exploration of the emotional costs of being a woman...Where men rule, there will be women who suffer. With the lyricism of Toni Morrison and the worldbuilding of Ken Liu, Bacon secures herself as an important voice in Australian genre fiction. Danged Black Thing is the feminist science fiction debut that brings women and Blackness to the forefront.' — Jing Xuan Teo, Books+Publishing