The Coal Truth: The Fight to Stop Adani, Defeat the Big Polluters and Reclaim our Democracy
David Ritter 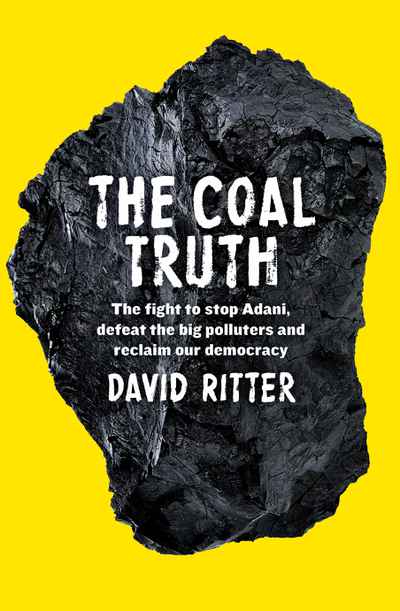 Since 2012, the fight to stop the opening of the vast Galilee coal basin has emerged as an iconic pivot of the Australian climate and environment movement.

The Coal Truth: the fight to stop Adani, defeat the big polluters and reclaim our democracy provides a timely and colourful contribution to one of the most important struggles in our national history - over the future of the coal industry. Written by an environmental insider with an eye on the world his daughters will inherit, The Coal Truth is told with wit and verve, drawing in other specialist voices to bring to life the contours of a contest that the people of Australia can’t afford to lose.

As this crucial book shows us beyond all doubt, there is no safe, livable future that involves digging up more Australian coal. But with the country’s formidable movements fighting to keep that coal where it is, David Ritter makes an irresistible case that few places are better suited to lead a just and democratic transition to the next economy. Marshaling diverse voices and hard-hitting arguments, he shows us this promising future is well within our grasp. An inspiring must-read!

- Naomi Klein, author of No is Not Enough and This Changes Everything

This is an important book because mining and selling coal cannot be part of Australia’s future as a country.

The Coal Truth has arrived at the exactly the right time for a country at the cross roads. This intimate, compelling and deeply layered reflection lays out what is at stake for Australians and the planet as a massive expansion of coal mining - starting with the controversial Adani project - threatens to turbo charge climate change. Compulsory reading.

We are smack bang in the middle of a defining moment in history. The Coal Truth shows that we still have the chance to create something wonderful out of the crisis and leave no person behind in the process. Get this book.