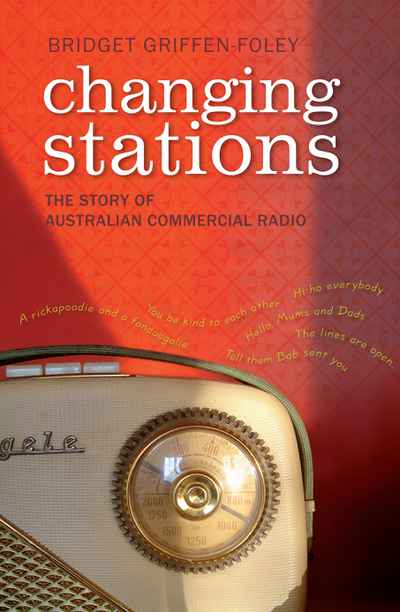 Shortlisted for the Blake Dawson Prize for Business Literature

Immediate, intimate, portable and inexpensive, radio is the most pervasive medium in Australia. Changing Stations is the first full-scale, national history of commercial radio in Australia, from the experiments and schemes of the 1920s through to the eve of the introduction of digital radio in 2009. This sweeping national study moves from Sydney to Adelaide, Launceston to Cairns, Broken Hill to Albany. In tracing the often contentious evolution of regulation, ownership and networking from the amateur experiments of the 1920s to podcasting in the 2000s, it considers producing and listening, the national and the local, the mass and the personal, 'payola' and 'cash for comment'. The iconic names of commercial radio, including George Edwards, Grace Gibson, Jack Davey, Bob Dyer, Bob Rogers, Norman Banks, Andrea, Brian White, John Laws and Alan Jones, are here, together with lesser known figures, such as the first woman cricket broadcaster in Australia and the station manager who privately dismissed listeners as 'morons'.