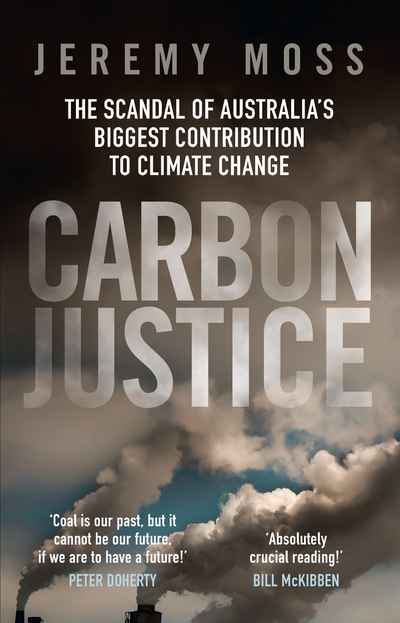 It’s a shocking fact: the emissions produced annually from the fossil fuels extracted by Australia’s major gas, coal and oil producers – the likes of Glencore, BHP, Yancoal, Peabody, Chevron and Anglo American – and sold here and overseas are larger than the emissions of all 25 million Australians.

If Australia’s exported and domestic emissions are combined, Australia ranks as the sixth-largest emitter in the world, behind China, the United States, India, Russia and Japan. Far from being an insignificant contributor to climate change because of its small population, Australia is a key driver through its fossil fuel exports.

How have these companies’ exports escaped scrutiny when climate change is such an urgent problem?

Understanding the moral responsibility of Australia’s major carbon exporters is a crucial first step in determining how to fairly share the burdens of a climate transition. In Carbon Justice, leading political philosopher Jeremy Moss sets out an ethical framework to establish the cost of the harms of these major exporters and what we should do about it. What they do next will shape Australia’s response to climate change.

‘Coal is our past, but it cannot be our future, if we are to have a future!’ — Peter Doherty

‘No reader of Carbon Justice will ever again be able to view digging up coal and selling it abroad as an innocent activity. The fossil fuel exporters are profiting by endangering everyone on this planet for generations to come. Moss makes a powerful case for holding them to account for the damage they are doing.’ — Peter Singer

‘Anyone who’s ever seen the mountains of coal at Newcastle understands viscerally Australia’s contribution to the climate crisis. This book lays it out in engrossing detail. Absolutely crucial reading!’ — Bill McKibben

‘Jeremy Moss uncovers an under-explored world in modern climate discourse. The supply of fossil fuels and the stunning injustice of this industry is revealed in a clear and compelling call to action.’ — Ketan Joshi