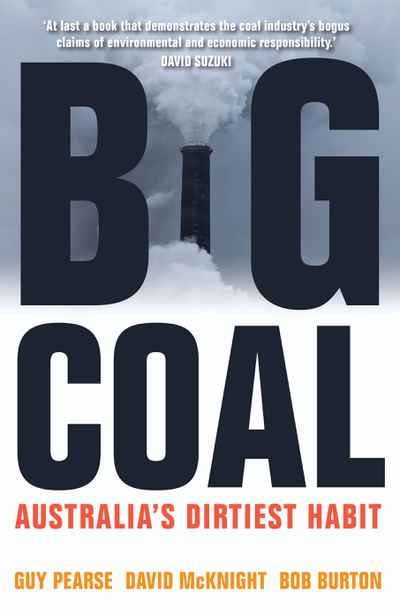 Australia's dirtiest habit is its addiction to coal. But is our dependence on it a road to prosperity or a dead end? Are we hooked for life? And who is profiting from our addiction?

Former lobbyist and political insider Guy Pearse, media and politics commentator David McKnight and environment writer Bob Burton cut through the spin to expose the underbelly of an industry whose power continues to soar while its expansion feeds catastrophic climate change.

They dissect the charm offensive (and muscle) the coal industry uses to get its way, and reveal the myth of 'clean coal' – and the taxpayer-funded PR machine behind it. They chart the stratospheric rise of a new generation of coal barons (some high-profile, others faceless). And they lay bare the desolation in regional communities as prime farming land and much else is strip-mined along with the coal. Most contentiously of all, they explore how Australia can break its dirtiest habit and move towards a prosperous, sustainable-energy future.