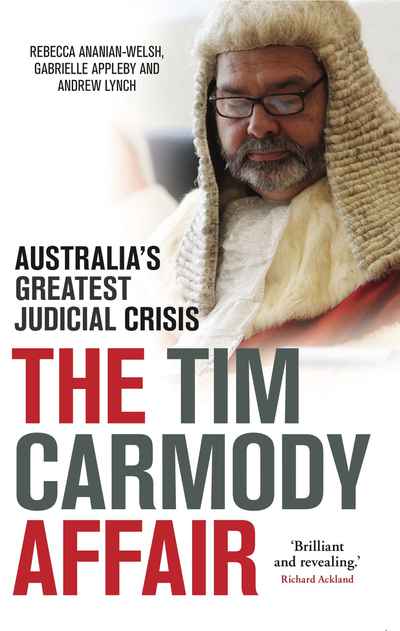 When Tim Carmody was appointed Chief Justice of Queensland by Premier Campbell Newman in 2014, he had been Chief Magistrate for only nine months.

It proved to be the most controversial judicial appointment in Australia's history.

Carmody's elevation plunged the Supreme Court and the legal profession into a bitter conflict with the government and with Carmody himself. How did he come to be appointed to such a significant position? What can we learn from this saga about the fragile relationships between politics and the courts? The Tim Carmody Affair places the full story of Carmody's damaging and divisive tenure in context, and identifies key reforms that could prevent this kind of controversy in the future.

'A spellbinding and alarming account of one of Australia's great judicial dramas that ruptured the legal profession and the courts. The Newman Government's appointment of Tim Carmody as Queensland's Chief Justice is a story of patronage, betrayal, leaking, and political folly. Brilliant and revealing.'  — Richard Ackland