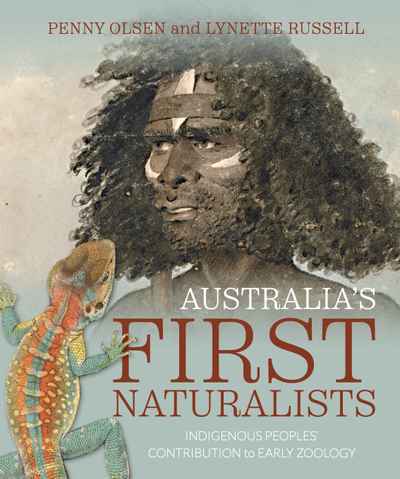 Winner of the 2019 Whitley Award for Historical Zoology

Would Blaxland, Wentworth and Lawson have ever crossed the Blue Mountains without the help of the local Aboriginal people? The invaluable role of local guides in this event is rarely recognised.

As silent partners, Aboriginal Australians gave Europeans their first views of iconic animals, such as the Koala and Superb Lyrebird, and helped to unravel the mystery of the egg-laying mammals: the Echidna and Platypus. Well into the twentieth century, Indigenous people were routinely engaged by collectors, illustrators and others with an interest in Australia's animals. Yet this participation, if admitted at all, was generally ­­barely acknowledged. However, when documented, it was clearly significant.

Penny Olsen and Lynette Russell have gathered together Aboriginal peoples' contributions to demonstrate the crucial role they played in early Australian zoology. The writings of the early European naturalists clearly describe the valuable knowledge of the Indigenous people of the habits of Australia's bizarre (to a European) fauna.

Australia's First Naturalists is invaluable for those wanting to learn more about our original inhabitants' contribution to the collection, recognition and classification of Australia's unique fauna. It heightens our appreciation of the previously unrecognised complex knowledge of Indigenous societies.