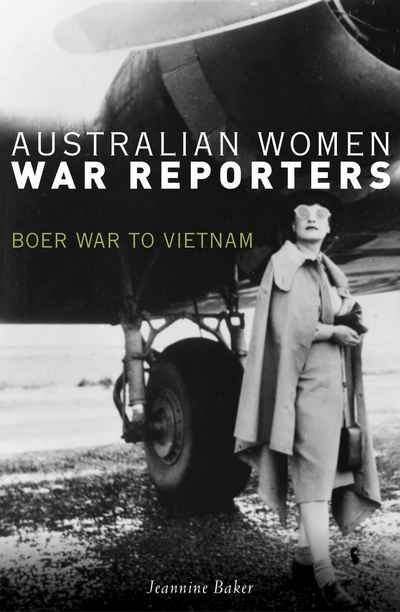 Why do Australians know the names of Charles Bean, Alan Moorehead and Chester Wilmot, but not Agnes Macready, Anne Matheson and Lorraine Stumm?

This is the hidden story of Australian and New Zealand women war reporters who fought for equality with their male colleagues and filed stories from the main conflicts of the twentieth century.

In Australian Women War Reporters, Jeannine Baker provides a much-needed account of the pioneering women who reported from the biggest conflicts of the twentieth century. Two women covered the South African War at the turn of the century, and Louise Mack witnessed the fall of Antwerp in 1914. Others such Anne Matheson, Lorraine Stumm and Kate Webb wrote about momentous events including the rise of Nazism, the liberation of the concentration camps, the aftermath of the atomic bombing of Hiroshima and the Cold War conflicts in Korea and Southeast Asia. These women carved a path for new generations of female foreign correspondents who have built upon their legacy.

Jeannine Baker deftly draws out the links between the experiences of these women and the contemporary realities faced by women journalists of war, including Monica Attard and Ginny Stein, allowing us to see both in a new light.

'Jeannine Baker peels away the layers of self-protection, fear and even excitement to reveal what it is really like to be a female foreign correspondent, especially one who covers war. To bear witness is never easy. But how a woman does this is often more challenging than for her male counterparts. This book bears witness to the stories and the challenges of the many women who have ventured away from the safety of a newsroom in to the fields of turmoil to report home. It is a fascinating and confronting read written by a compassionate author, who is as curious as any foreign correspondent could possibly be.' — Monica Attard OAM, Walkley Award winning journalist and former ABC Russia correspondent

'She turned up to work with debris in her hair': the women war reporters you've never heard of — Australian Women War Reporters reviewed here in The Guardian