Australia and China at 40
Edited by James Reilly, Jingdong Yuan 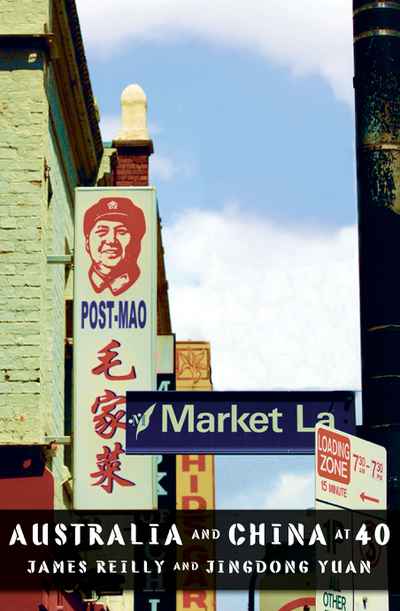 For the first time, Australia's leading trading partner is not a democracy. Rather, it is a powerful authoritarian state with a fast-growing economy, a rapidly modernising military and bold global ambition. How should Australia respond to the seemingly unstoppable and dazzlingly swift rise of China? To mark the 40th anniversary of diplomatic relations between Australia and the People's Republic of China, expert writers – from Australia and China – come together here to analyse how both countries relate to each other. They cast light on security and economic issues, trade and investment, and political, diplomatic and strategic challenges that can only increase in intensity. While China's prosperity is good for Australia's bottom-line, China's assertiveness in regional affairs, its tight domestic political, human rights and currency controls and the expansion of its cultural influence all make Australians uneasy. And could this global powerhouse become a military threat? Or can we have it all in the Asian Century – healthy trade and diplomatic relations, and a genuine and robust dialogue?