Attack of the Shadow-Crafters: The Birth of Herobrine Book Two: A Gameknight999 Adventure: An Unofficial Minecrafter's Adventure
Mark Cheverton 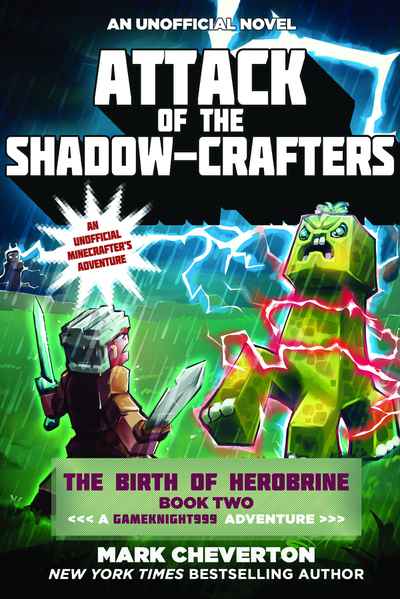 A journey into Minecraft's past reunites Gameknight999 with old enemies
Trapped one hundred years in Minecraft's past, Gameknight999 struggles to keep his real identity a secret from the villagers of long ago, all while preparing them for battle. Herobrine's forces are getting closer every day, advancing across the Overworld and leaving a path of destruction in their wake.
Furious at Gameknight's unexpected meddling, the evil virus takes revenge, creating the terrifying shadow-crafters. He gives these strange NPCs of darkness the power to build super-monsters, servants of Herobrine that are meaner, stronger, and more dangerous than anything Minecraft has ever seen before.
As casualties mount, it's clear that every last bit of the villagers' strength and bravery will be tested before the dust settles. Even worse, in the heat of battle the User-that-is-not-a-user will come face to face with Herobrine's most terrible creation, a monster from his nightmares he thought he would never have to face again…