Asbestos in Australia: From Boom to Dust
edited by Lenore Layman, Gail Philips 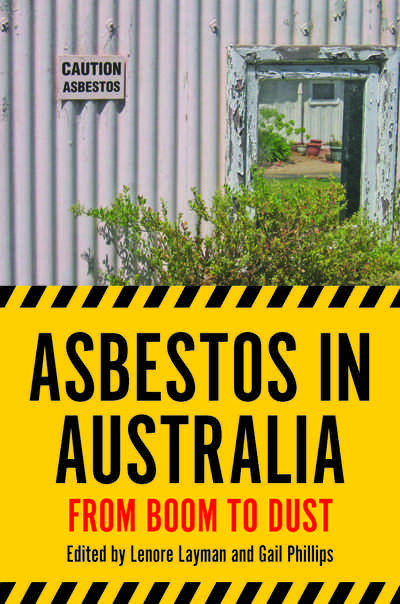 Asbestos in Australia presents for the first time a multi-dimensional view of Australia’s asbestos story featuring contributions from experts in the disciplines of history, journalism, medicine, law and public health. It also includes first-hand accounts of those whose lives have been touched by the mineral, as workers, asbestos disease sufferers, and lawyers and campaigners directly engaged in the struggle to ban its use. The writers track the history of asbestos from the early 20th century, when asbestos was mined in Australia, to the post-war housing boom which saw asbestos become the material of choice in cities and suburbs around the country. They then deal with its controversial legacy: the dire medical consequences from exposure, the cover-ups and the protracted legal battles for compensation, and the ongoing risks to public health from the asbestos that remains in our workplaces, schools and homes to this day.