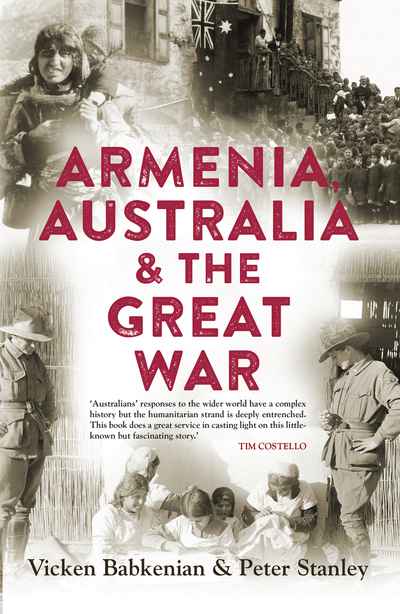 Australian civilians worked for decades supporting the survivors and orphans of the Armenian Genocide.

24 April 1915 marks the beginning of two great epics of the First World War. It was the day the allied invasion forces set out for Gallipoli; and it marked the beginning of what became the Genocide of the Ottoman Empire's Armenians. For the first time, this book tells the powerful, and until now neglected, story of how Australian humanitarians helped people they had barely heard of and never met, amid one of the twentieth century's most terrible human calamities. With 50 000 Armenian-Australians sharing direct family links with the Genocide, this has become truly an Australian story.

"Australians' responses to the wider world have a complex history but the humanitarian strand is deeply entrenched. Babkenian and Stanley have done a great service in casting light on this little-known but fascinating story." TIM COSTELLO