A Way Through: The Life of Rick Farley
Nicholas Brown, Susan Boden 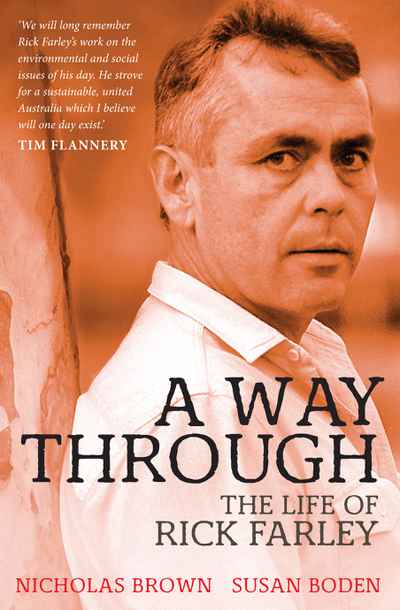 Rick Farley was an extraordinary man. As head of the Cattlemen's Union and National Farmers' Federation, a key figure in the Landcare movement and a public campaigner for Indigenous rights and Reconciliation, Farley had an insider's view of many key political and social changes in Australia over his thirty years in the public eye. Aligned at various stages with the National Party, ALP and the Australian Democrats, Farley was a political enigma who nevertheless had a straightforward mission: for all Australians 'to care a lot better for our country'. When he died in in a tragic accident in 2006, aged 53, the overwhelming grief and heartfelt tributes of his family, friends, supporters and old adversaries spoke volumes about his achievements and his much-admired ability to find a way through adversity and complex negotiations. A Way Through is the engrossing story of a unique man whose determination and sense of justice has left a lasting legacy for many Australians.