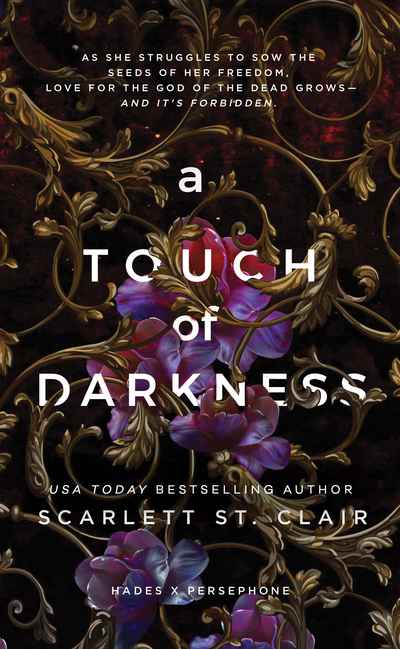 From bestselling author Scarlett St. Clair comes a dark and enthralling reimagining of the Hades and Persephone Greek myth.

Persephone is the Goddess of Spring in title only. Since she was a little girl, flowers have only shrivelled at her touch. After moving to New Athens, she hoped to lead an unassuming life disguised as a mortal journalist. All of that changes when she sits down in a forbidden nightclub to play a hand of cards with a hypnotic and mysterious stranger.

Hades, God of the Dead, has built a gambling empire in the mortal world and his favourite bets are rumoured to be impossible. But nothing has ever intrigued him as much as the goddess offering him a bargain he can't resist.

After her encounter with Hades, Persephone finds herself in a contract with the God of the Dead, and his terms are impossible: Persephone must create life in the Underworld or lose her freedom forever. The bet does more than expose Persephone's failure as a goddess, however. As she struggles to sow the seeds of her freedom, love for the God of the Dead grows — a love that is both captivating and forbidden.