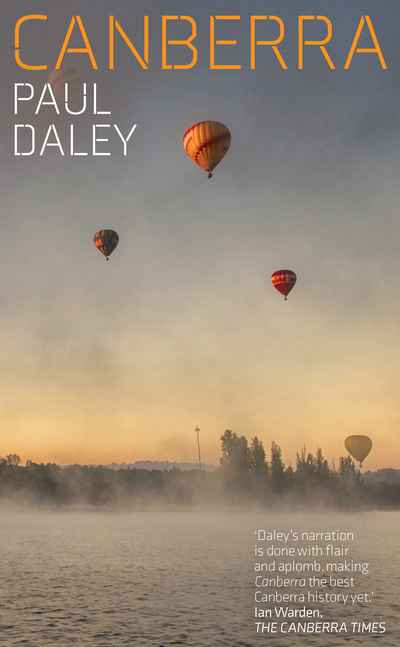 A strong sense of 'otherness' defines Canberra to a point where there is a smugness, bordering on arrogance, that the rest of Australia can hate – but they'll never know just how good it is to live here.

Canberra is a city of orphans. People come for the jobs but stay on as they discover unanticipated promise and opportunity. They become Canberrans – prosperous, highly educated and proud of their city.

Paul Daley's Canberra fuses narrative history with poignant memoir and contemporary observation to evoke a city he calls the 'accidental miracle'. Beginning and ending at the lake and its submerged, forgotten suburbs, it chronicles the city's unsavoury early life and meanders through St John's graveyard where pioneers rest. Daley contemplates Canberra's vibrant suburban dynamic, while musing on a rich symbolism and internal life fostered by the bush and the treasure of the national cultural institutions.

As fate would have it, after Canberra was first published to great acclaim in 2012 Daley moved to Sydney, a change he found wrenching. In a new afterword, he reflects on how much he misses Canberra as it transforms into a thriving city.

'… Daley has unveiled a side of the city that many do not see.' —  The Adelaide Advertiser

'Daley's narration is done with flair and aplomb, making Canberra the best Canberra history yet.' — Ian Warden, The Canberra Times