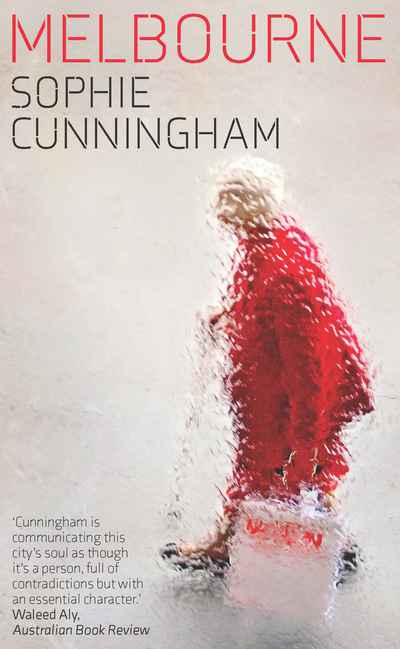 Melbourne's a city you get to know from the inside out – you have to walk it to love it. My favourite time to do this is at night. That's when you capture glimpses of people – eating, laughing, talking, arguing, watching TV and reading – through half-open terrace house doors and windows … It is a city of inside places and conversation. Of intimacy.

Melbourne begins on Black Saturday, the day that bushfires tore through the outskirts of Melbourne, destroying the townships of Marysville and Kinglake, shattering thousands of lives. Sophie Cunningham writes about what happened over the year that followed.

Sit through a heatwave, visit the drains underneath the city, participate in a letterpress workshop, wander beside the Yarra, cycle alongside tram tracks and cheer at the footy. Live through the drought before the storm, the rain before yet more fire and days of searing heat. Along the way, be captivated as Cunningham shares her Melbourne, its stories and its characters.

In a new introduction, Cunningham returns to Melbourne after a period away and reflects on how much her city has changed since Melbourne was first published in 2011: it is hotter, greener and has endured the rollercoaster ride – from boom times to economic depression – that defined 2020.

'Cunningham has successfully captured the dynamics of a city in constant flux, while focusing on the essence of its inner life, which gives it an ambience quite unlike that found in any other Australian city.' – Robert Hefner, The Canberra Times

'It would be nice to imagine that the gift of this book to Melbourne is its greater capacity to understand itself and its webs of connection.' – David Sornig, Melbourne Review

'An admirable response to the impossible task of writing about a city its history, its present, its characters, its stories, its politics and its personal meaning in a single, accessible volume when any one of these themes should take several. Cunningham is communicating this city's soul as though it's a person, full of contradictions but with an essential character.' — Waleed Aly, The Sunday Age

'This beautiful book provokes nostalgia and deeper thinking about the events, places and people who have defined Melbourne.' — Herald Sun

'Cunningham is communicating this city's soul as though it's a person, full of contradictions but with an essential character.' — Waleed Aly, Australian Book Review

Sophie Cunningham is a Melbourne-born writer and editor. Her first novel, Geography, was published in 2004 and her second, Bird, in 2008. She was editor of Meanjin Quarterly. 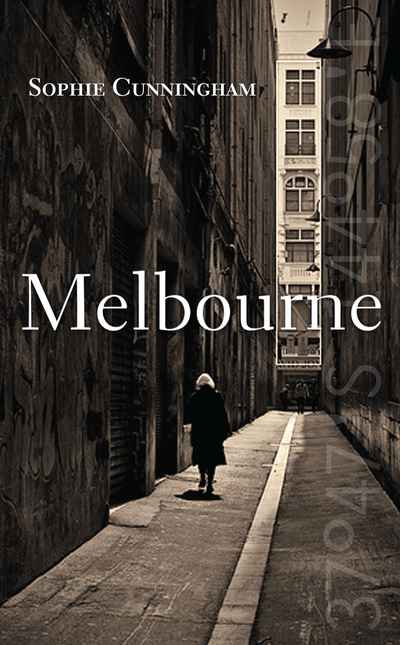