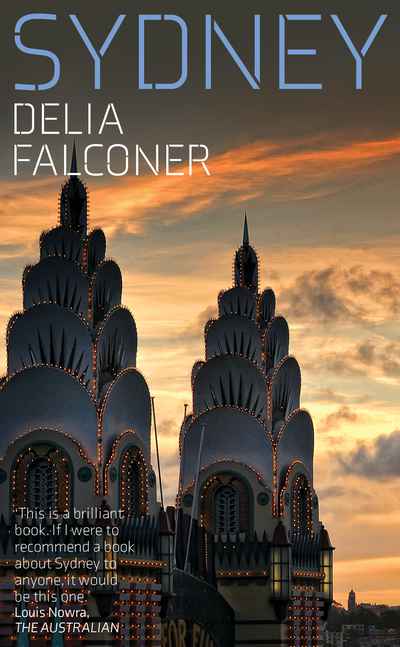 As I set out from the city's southern end, the sandstone walls beneath the Central railway line still held the day's heat … The moon rose from the invisible harbour into a sky of such a deep royal blue it was almost hard to believe in. The street smelled of low tide. For all its beauty, the city could return in an instant to pulp. And that thought was strangely cheering.

Sydney has always been the sexiest and brashest of our cities, but perhaps the most misunderstood. In this new edition of Sydney, Delia Falconer conjures up its sandstone, humidity and jacarandas, its fireworks, glitz and magic. But she discards lazy stereotypes to reveal a complex city: beautiful, violent, half-wild, and at times deeply spiritual.

Beginning with her childhood in a decaying '70s Sydney, caught between a faded Art Deco age and mega development, Falconer intertwines her own stories with the wellsprings of the city's history and its literary past. Melancholic, moving and funny, Sydney is intensely atmospheric and seductive.

In a new afterward, Falconer ponders the city's twenty-first century transformations – might it have become a softer, nicer place? Will it be able to withstand the real presence of climate change?

'Falconer writes beautifully and evocatively in what is a long love letter to her home town, as she delves deep into its essence.' — The Age

'This is a brilliant book. If I were to recommend a book about Sydney to anyone, it would be this one.' — Louis Nowra, The Australian

'Falconer's Sydney depicts a city of beauty and violence, of pain and redemption. Whatever your relationship with Sydney, put aside your entrenched preconceptions and explore this book. It may not change your opinion of Australia's largest city, but I'm certain this book will give you a new perspective on our first city' — The Canberra Times